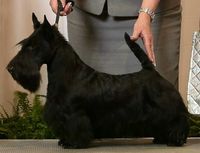 Carmen came onto the show scene with a pow!  By her 3 weekend out, she had won WB everytime she went into the ring but once, and was then Reserve WB.  We took her to the AKC National Championship show in December 2016, and entered her in the 6-9 months puppy class disivison at the Tampa Bay Scottish Terrier Club, where she won her first 5-point Specialty Major, going WB and BOW!  Later that day, she amazed us by going Best Puppy  in Show at the AKC National Championship show's first Best Puppy in Show competition!  There were over 48 breeds of puppies represented, and Carmen won a rosette bigger than her, plus a year's supply of dog food, plus the Rolls Royce of whelping boxes, a Jonart!  We're looking forward to more fun with this exceptional Scottie girl. 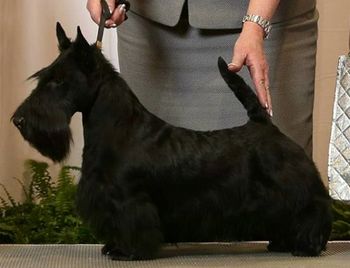 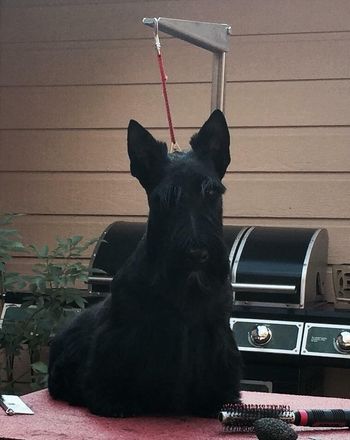 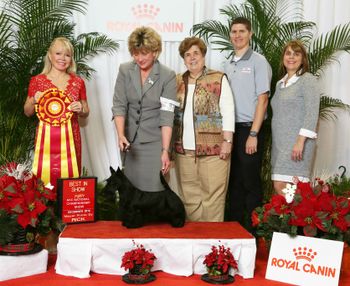 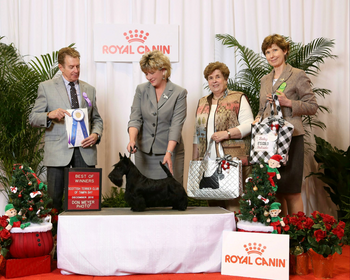 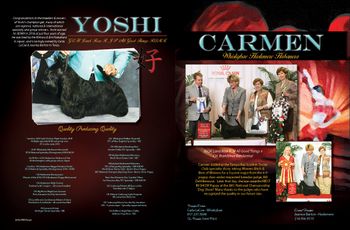 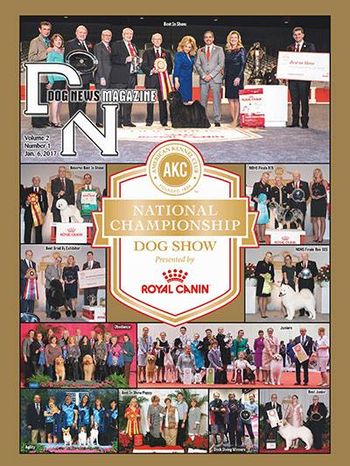 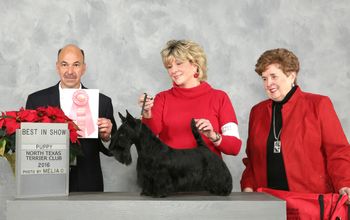 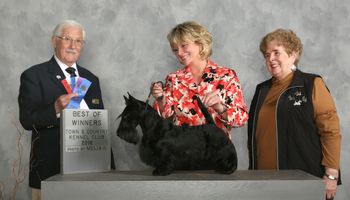 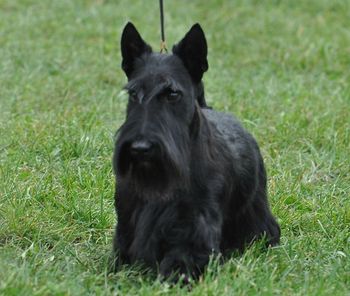 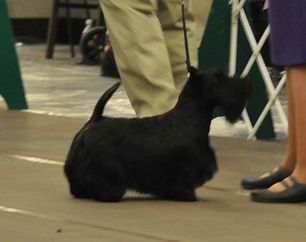 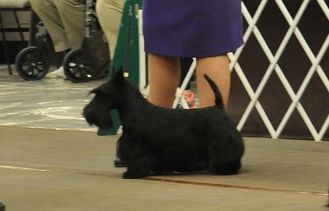